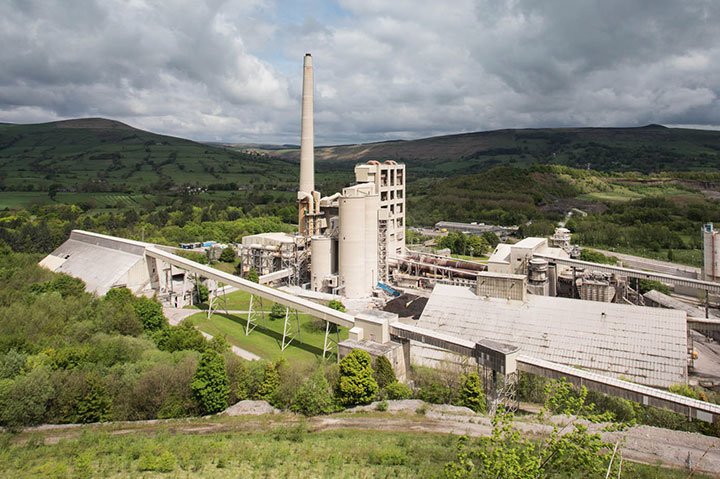 As many will know, Breedon, who own and run the cement works in the Valley, have put in an application to the Peak Park to build a new facility for unloading wagons at their site, and an increase in the overall tonnage of material being brought on to the site, from 250,000 tonnes/yr max to 450,000.

This raises the question as to whether or not HVCA should object or comment.  The closing date for any such comments is the 14th December.

The application, all 165 documents worth, can be found on the Peak Park planning portal, here: https://portal.peakdistrict.gov.uk/result/YToyOntzOjE0OiJPYmplY3RfVHlwZV9JRCI7czoxOiI3IjtzOjE2OiJPYmplY3RfUmVmZXJlbmNlIjtzOjE2OiJOUC9IUEsvMTAyMC8wOTI5Ijt9.

Although I cannot claim to have read them all, my assessment of the position is as follows.

The main driver for the application is that they want to reduce the amount of locally quarried shale used.  The currently used relatively low sulphur shale will run out by 2025, after which they would be on to using deeper shale with a higher sulphur content, leading to high SO2 emissions.  They want to reduce this, though whether that is a legal obligation or not, I am not clear.

They have to date used pulverised fuel ash (PFA) as a substitute for shale, but want instead to use ‘alternative raw materials’ (ARM).  The amount of PFA available will be decreasing as it is a waste product from coal fired power stations, which are no longer in use.  By contrast, there appears to be a plentiful supply of ARM, also described as ‘unwanted conditioned PFA’.  As far as I can tell, the main difference between PFA and ARM is that the latter is wet (30% water by weight), so a) the tonnage needed is proportionately greater, and more significantly b) the mechanism for unloading PFA (a dry powder) from rail trucks won’t do, so they have to build a new offloading facility to cope with the wet materials.  Hence the planning application.

The increase in upper permitted limit of tonnage imported is in order to accommodate both the substitution of ARM for locally quarried shale, but also the increased weight of ARM as compared to PFA (because of the water content).  Crucially, they state (in para 3.11 of the ‘Non-technical summary, document 79498225) that ‘There would be no increase in the amount of cement being exported from the site’.  I take this as meaning the overall amount of cement production will not increase (and cannot increase while sticking to the 450KT ARM import limit).  This is crucial when considering the overall CO2 emissions from the site, as it is the manufacture of the cement that is overwhelmingly the greatest cause of CO2 emissions, not the import of materials, by a factor of 1000:1.

The total emissions of CO2 from the plant in 2019 are stated to have been 1,180,385 tonnes.  Of this, the amount released from ‘transport fuels’ was 1,393 tonnes, i.e. about 0.1% of the total.  There is an analysis of the CO2 release attributable to different options for sourcing the raw material (shale/PFA/ARM), which gives a ‘worst case’ of 2,880 tonnes.  (As I understand it, there is a pay off between energy used in quarrying shale locally, and energy used in importing PFA/ARM.  The more of the latter, the less of the former, and vice versa.)  The ‘worst case’ is stated to lead to an increase in overall emissions of 0.12%, which is described, I think reasonably, as not significant.

I think the critical thing to note is that so long as the overall amount of cement manufactured does not increase the changes being proposed in the sourcing of raw materials do not lead to a significant increase in CO2 emissions.

It is also worth noting that they say that ‘Breedon has entered into an agreement with Haven Power in January 2020 and will be purchasing renewable electricity which will result in a saving of 46,366 tCO2e.’  (Time period not specified.)

This raises the question as to what HVCA might say (if anything) in a submission.  One possible stance might be to say that we would like to see the plant closed down as soon as possible, on the grounds that it is far and away the largest source of CO2 emissions in the County, and so we oppose the application because by doing so it will accelerate the plant becoming uneconomic, and closing.  (Breedon say, of course, that closing the plant would not reduce global CO2 emissions, since it would lead to cement being imported, at higher CO2 cost!)

An alternative would be to remain neutral overall on the application while supporting the emphasis placed on transportation of raw materials by rail, and pressing for the electrification of the line, and seeking a limit on the amount of lorry traffic.  We could also try to use it as a hook to try to get them to move faster on finding low emission cement substitutes or invest in carbon capture and storage.  However the likelihood of any large scale investment may be reduced by the fact that their current licence to operate ends, I understand, in 2042.  (This also clearly raises the question as to what happens to the site thereafter.)

My personal view is that it would be remiss of us not to respond at all.  The HVCA ‘Support Group’ will be discussing the issue further on Wednesday 2nd December.  We are also keen to be consistent in our response with those of the Parish Councils (Hope with Aston, and Bradwell) most affected.

If you have any views on the matter, please contact me at jeremywight73@gmail.com