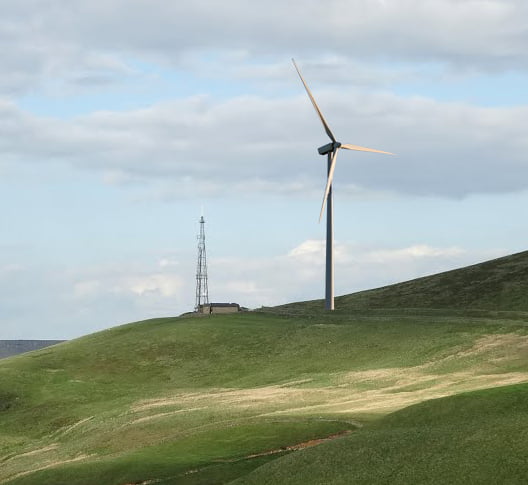 The July 2022 General Meeting was arranged by the Energy Group at Sir William Hill trig point.

Steve Platt summarised HVCA’s Energy Study and answered questions. He explained how much electricity we will need as we electrify our home heating and vehicles and will describe the options for local generation and storage.

Andy Nash from Hope Valley Renewables  talked about the prospects and challenges of implementation.

The following is the text of Steve Platt’s talk.

I’ve just finished walking Offa’s Dyke, that runs along the border between England and Wales. Half-way along I met a young Dutchman who was going the other way. I said, by way of starting a conversation, it’s so beautiful and green that it’s hard to imagine that climate change is happening.

It’s all bullshit, he said. It’s following an agenda. Have you seen any climate change? I’ve seen the glaciers melt and scientists have measured the changes. Which scientists, it depends who you listen to?

Most scientists, I said. We’ll adapt, he said. We’ve spent billions raising our sea defences and, if they fail, we can move.  Others won’t be able to, I said. He shrugged. And we agreed that the Dyke was beautiful and worth doing and we went our separate ways.

It made me think. I’d taken it for granted young intelligent Dutch would realise that we were in a climate emergency and want to do something about it.

What do you think?  Who thinks climate change is happening? Who thinks we can do something about it?

One of the things we have been doing in the Energy Group is a feasibility study of solar, wind and hydro. As you will know, the UK Government has pledged to more than halve our carbon emissions by 2030 and to get to net zero by 2050. The strategy for achieving this includes electrifying our home heating and vehicles. So we’ll need more electrity.

We set ourselves 3 simple questions.

1  How much electricity will we need in Hope Valley?

2  What mix of renewables would meet this demand?

3  What do residents and visitors think about renewables?

5  What barriers will need to be overcome to make any of this possible?

We tested 3 different scenarios.  Scenario A assumed a radical improvement in energy efficiency by 2050, and an almost complete switch from fossil fuel to renewables in home heating and vehicles. Scenario C assumed that 2/3rds of homes would still be heated by gas and a quarter of our vehicles would still run on fossil fuel. These two scenarios correspond to those used by the Distribution Network Operators. Scenario B assumed an intermediate state with 30% of homes still heated by gas but an almost complete switch from fossil fuel powered vehicles.

We calculated that we will need two to three times as much electricity by 2050 under all three scenarios. The annual base domestic electricity demand in Hope Valley will rise from 23 to 60 GWh by 2050. Non-domestic demand will increase by a similar amount.  Crucially, carbon emissions are much less under Scenario A, and that’s what we should be aiming for.

One mix of renewables that would generate this amount of electricity would be a mix: – of solar panels on 1 in 3 residential roofs, 2 x 5MW solar arrays and 3 large wind turbines. To cope with diurnal and seasonal fluctuations in demand and supply, we will also need storage, in individual homes and vehicles, as well as communal village storage. Unfortunately, hydro can only play a minor role since the total potential across the whole of the Peak is at most 1.5 Mw with a capacity factor of 50%.

To gauge public opinion we conducted a survey in January. 675 people responded.  400 live in Hope Valley, 100 elsewhere in the Peak and the rest are visitors from further afield.  Half are members of a climate group or are HVCA supporters and half are neither. The survey also covered energy saving, retrofitting homes and electric vehicles.

Our main finding is that over half of all respondents (61%) are prepared to consider large-scale renewables in the Peak Park; a quarter might consider them and 13% said no. The majority of respondents are in favour of solar power.  Solar panels on houses and non-domestic roofs was liked by 90% of respondents. Two-thirds are in favour of ground-based or floating solar arrays and small wind turbines.

What are the barriers to this happening? The National Planning Policy Framework prohibits major development in national parks, other than in exceptional circumstances, and where it can be demonstrated that the development is in the public interest. Nationally, the grid will need reinforcing to cope with the increase in renewable generation. We have a particular problem in Hope Valley because we are at the extremities of the respective networks.

HVCA will be advocating on these issues.  We will also be working with the Peak Park to define the criteria in deciding which areas of the Park would be inappropriate and where renewables might be permitted.

Recently, we had a zoom meeting with Richard Leafe, CEO of the Lake District National Park. His advice was to work locally to develop proposals and submit them for planning. To that end, we will be working with the Abney Parish Council and Village Hall Committee, to involve residents of Abney and its environs in a feasibility study. This will cover home energy efficiency and renewable electricity generation. If successful, the Abney case study would be a model for the rest of the Valley.

Working together, locally and cooperatively in this way, I believe that we can make progress quickly and set an example that others can follow. 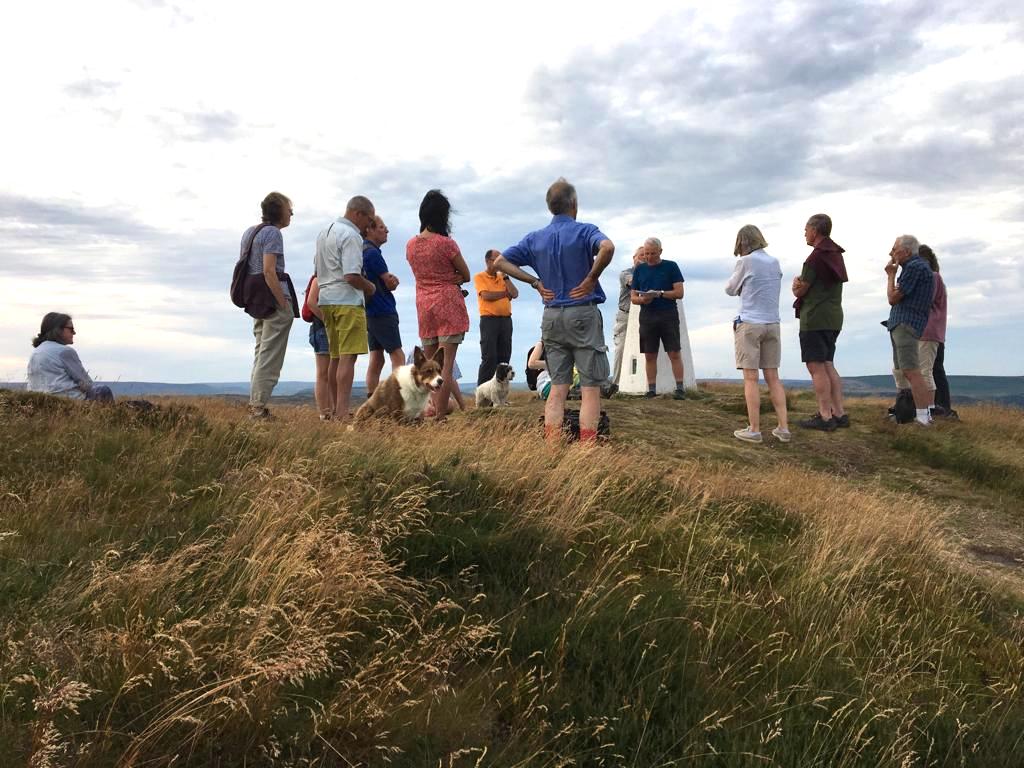