Are EV’s really that green? 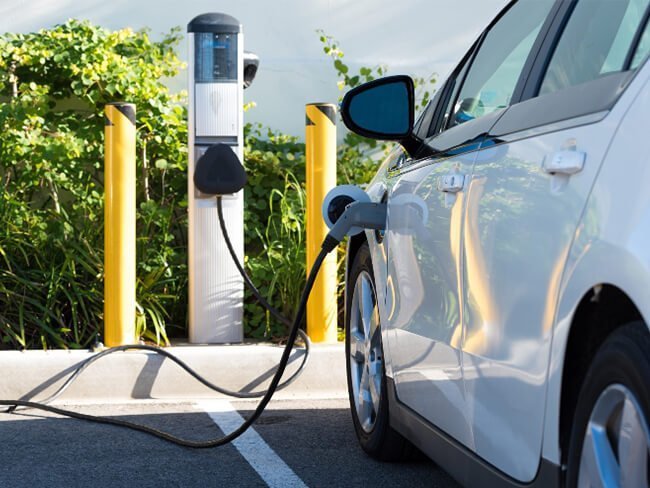 With the UK set to ban the sale of new petrol and diesel cars by 2030, more of us are considering the switch to electric. But with the environmental impact of making the batteries, and the need to generate the electricity to charge them, what is truly the greenest option – go electric or stick with a petrol or diesel car? In this Which? investigation Greg Foot reveals how these ‘zero emission’ cars don’t come with a zero footprint. He asks whether the UK is ready for such a dramatic change to our transport infrastructure, and discusses whether the switch to electric is actually feasible for many of us in the UK.  Which Investigates.

One of the main things that came out of their investigation is that people will switch to EVs if they are as convenient as fossil fuel vehicles and the costs are similar. One of the key concerns people have especially if they don’t have off-street parking or they make longer journeys, is the convenience of charging. 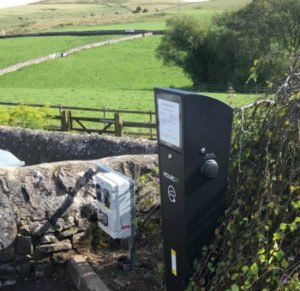 Hope Valley and the Peak District are not well served by public chargepoints and some similar areas have 4 times as many . Both DDDC and HPDC own carparks that may be suitable for installing EV chargepoints funded through the On-street Residential Chargepoint Scheme (ORCS). To date contact has only been made with the officer leading on this for DDDC (Vikki Hatfield). In line with local council agreements she had submitted all DDDC carparks for consideration by BP Chargemaster. These include the DDDC carparks in Hathersage and Eyam. If successful 75% of the funding will come from the ORCS scheme, and the remaining 25% from BP Chargemaster.

Chargepoints in the carparks of Pubs and Hotels

Various Pubs and Hotels have already been approached and there are plans to approach more..

Parish Councils are able to apply for funding through the On-street Residential Chargepoint Scheme (ORCS) in their own right, and both Grindleford Parish Council and Bradwell Parish Council has expressed interest in this possibility. TR has had meetings with representatives from both of these Parish Councils, to assist them in planning how they might access the funding. To date Grindleford have not been able to identify a site that might be viable. They had a site visit to the St Helen’s Church / Community Café location from Charge My Street, but the site was not considered viable at present.

Following the meeting with representatives from Bradwell Parish Council they identified four possible sites for consideration by Charge My Street in the first instance. Following a site visit by Charge My Street it was agreed to undertake feasibility work on two of these sites, the Town Bottom Recreation Fields, and the Memorial Hall. A further site was considered suitable for longer term development. Feasibility work is continuing for the Town Bottom Recreation Fields site, with the Memorial Hall not considered suitable at this time.

Role of the power companies

One issue that keeps coming up is the willingness of the Distribution Network Operators (Northern Power Grid; Western Power) to support the installation of chargers. They appear to be able to charge what they like to put in the additional electricity infrastructure, and businesses like Charge My Street and BP ChargeMaster have nowhere else to go as these are private monopolies. Northern Power Grid (covering the Bamford area west & north) charges £190 to provide a quote for putting in the wiring for a chargepoint.

Initial work indicates that working both with the District Councils, Parish Councils and private establishments that own carparks is a promising approach. Charge My Street have been enthusiastic to develop the Peak District, and specifically the Hope Valley, as a site for multiple chargepoints. Identifying further possible sites whilst supporting the sites already identified through to installation and use appears likely to enhance the availability of chargepoints locally.

A small group of 2-3 other people willing to work with Tom to identify and approach suitable businesses would help speed progress. 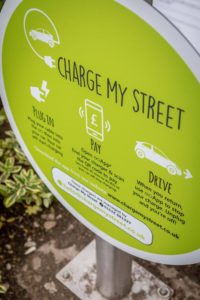 PrevPreviousProtecting People and Planet from Pesticides
NextGovernment targets to tackle Climate Change welcome, but much more Green investment is neededNext