COP half full or half empty 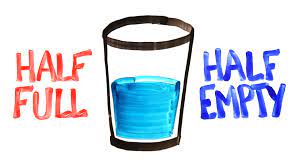 Optimists and pessimists will draw different conclusions from the COP26 talks, but the important question is what should we be doing next.  Here Jeremy Wight, HVCA Chair, gives his view.

Undoubtedly some significant agreements were reached in Glasgow.  A number of plurilateral deals were reached on transitioning away from coal and other fossil fuels, ending the financing of fossil fuels overseas, halting and reversing deforestation, reducing methane emissions and greening finance.  How much of an impact these will all have will, of course, depend on implementation.  The inclusion in the final Pact of the reference to ‘accelerating efforts towards the phasedown of unabated coal power and phase-out of inefficient fossil fuel subsidies’ is the first time that reducing fossil fuel use has been included in a COP decision.

Possibly the most significant formal decision was the one to review Nationally Determined Contributions (NDCs) annually rather than in five years time.  Governments have been requested to revisit and enhance their 2030 targets before the end of next year.

But maybe the most encouraging thing overall was not any formal decision, but rather the transformation in the framing of the issue.  No longer are climate deniers and inactivists given any serious airtime.  The paramount importance of reaching net zero, and the urgency of rapid reductions in emissions are not questioned.  1.5o is unequivocally the target.  The media coverage was terrific.  Compared to where we were two years ago, this is transformation indeed.

But but but.. we are still on course for catastrophic global heating by the end of the century.  The renewed NDCs only narrow the gap to 1.5o by a small amount, and if fully implemented (uncertain) would lead to heating of 2.4o.  Many of the NDCs rely on unproven technical fixes.  A huge increase in ambition is needed.  And there is absolutely no guarantee that those plurilateral deals will be implemented.

Failure to deliver on the previously promised $100Bn annually for mitigation and adaptation needs of lower income countries is a scandal.  Further, only very limited progress was made on addressing ‘loss and damage’ – i.e. reparations to lower income countries for damage already caused.  The rich developed countries are the ones that have caused the problem, whilst it is low income countries that are suffering most.

And to get into the technical weeds.. whilst some progress was made on agreeing ‘The Paris Rulebook’, there is still a very long way to go on agreeing rules on carbon trading, common time frames for NDCs and so on.

So what should we be doing next?

Whether your COP was half full or half empty, a number of things are clear.  First, there is now a momentum gathering regarding climate action, which must not be allowed to dissipate.  Second, levels of awareness, and concern, among the population generally are hugely greater than even in the recent past.  Linked to this, thirdly, politicians are far more receptive than they ever have been to calls for action to address the crisis.  And finally, every fraction of a degree by which global heating can be mitigated is worth fighting for.

So the lesson for Hope Valley Climate Action is clear: we must continue to lobby politicians to make the difficult decisions (advocacy), continue to think global and act local, showing how the world can be different through our local projects (actions), and continue to spread the word, as we did at the successful Hathersage Rally (awareness).  All with renewed determination!  That is what we will be doing.