Transport as a Service (TaaS)

What might transport in Hope Valley look like in 2030? The following explores the future of on-demand travel and the scenario of Taas, Transport as a Service (also known as MaaS, Mobility as a Service).

We are on the cusp of a technological disruption in transport where various trends intersect to produce a dramatic change over a very short time-scale of 10-15 years.
A. coincidence of various technologies: electric vehicles, cheaper better batteries, cheaper computing power, autonomous (driverless) vehicles, smart phones.
B. changes in behaviour: ordering services on-line (for example, food, travel, entertainment and music), paying a monthly subscription for services (for example broadband, Amazon, Netflix)
C. a 4x–10x drop in the cost of an annual subscription to TaaS compared to the annual cost of owning and running a car.
D. the growth of global provider companies like Uber, Lyft in the assenger market and Amazon and ‘last-mile’ delivery firms.
We are already 3-5 years into this process and it may play out by 2030, certainly by 2040. To date, examples of the TaaS / MaaS have only been in urban rather than rural areas. 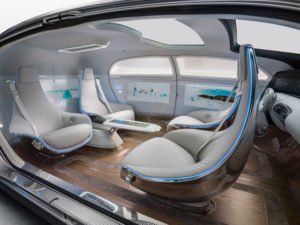 What this means for Hope Valley

Using a booking App, TaaS would integrate well with trains and fast buses on popular routes. Railway stations and main bus stops in villages would become natural hubs for efficient journeys from home into Mancheters and Sheffield and back.

Depending on whether one is prepared the share the journey with others, the cost of this service would vary. Journey sharing would be an attractive option for many, especially on the main commutes into Sheffield and Manchester, which would reduce the number of vehicles on the road.

All fleet delivery vehicles like Amazon and supermarkets will be EV and may also be autonomous. This will dramatically reduce operating costs since EVs are 3 times cheaper to run and maintain and last 5-10 times longer than ICE vehicles.

Some people may still own and drive their own cars but, as the price differential between owning a car and buying a service widens, the majority of people will have switched to a TaaS on demand transport system. These vehicles will probably be EV and may also be autonomous. They may be autonomous by 2040. 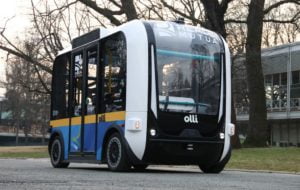 What are the benefits in terms of climate action